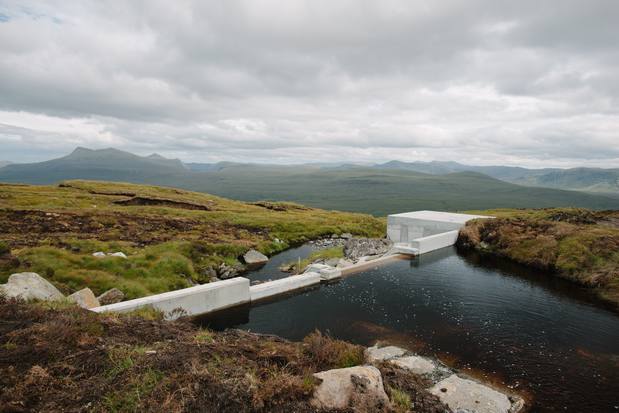 Green Highland Renewables have just begun construction of a 750kW hydro scheme at Allt Choire a’ Bhalachain on the south side of Loch Garry – the firm’s ninth project in the Highlands.

The £3 million scheme, which is funded by specialist investors Triple Point, is the third hydro development Green Highland has started this year, and forms part of a growing pipeline of sub 2MW schemes.

Allt Choire a’ Bhalachain is one of two projects in the immediate area being developed by Green Highland on land managed by Forestry Commission Scotland. The other scheme, a 1.3MW development at Allt Ladaidh, will commence construction in early 2015.

“We have so far consented 45 projects across Scotland and we are now entering a very active phase as we start to build out and deliver these approved schemes within the FIT accreditation windows,” says Richard Round, the firm’s Chief Executive Officer.

“Highland Waterworks Limited have been appointed as the main contractor. This will be their third job working with Green Highland and we can rely on their on-time track record to see the scheme complete in 2015,” Round says.

“It is also good to have the backing of Triple Point as project funders. Their support is a tremendous endorsement of our track record of delivery,” Round concludes.

For this scheme the local community will receive an annual royalty in addition to the industry-standard community benefit of £5000 per MW per annum.